Providing Tools for the New Reality 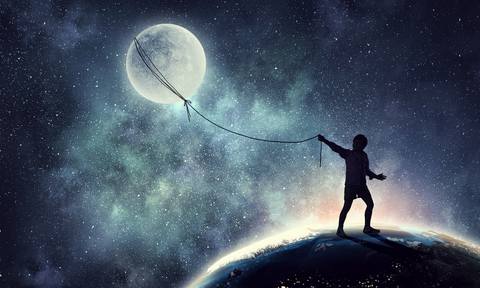 Raindrops in a river

I have been asking the question lately; what has contributed to making you the person who you uniquely are?  That question and this one run together.  Quite literally so in the image that I am about to explore.  I would paint it if I could, but that’s not my skill, and I would need at least three dimensions, so I hope that we can imagine it together.

Picture if you will, a very big river like the Amazon.  Imagine it in breadth and depth, with its fast flowing centre and more sluggish edges.  Think of that as the Big Mind.

Now picture a tiny stream.  Picture that too as having surface and parts beneath and imagine that this represents you and the multiple aspects of you, flowing and rippling together.  Have the sense of currents and eddies which might be the work you, the family and neighbourhood you, the musician, culinary artist or sports fanatic you.

Remember that this is consciousness we are talking about.  So the currents and eddies, the parts that make you who you be are shaped in myriad ways.  Depending on how you believe consciousness to work, those influences could be from this lifetime. For example over half of people who have responded so far believe that the place they grew up – its landscape and physical character – influenced them significantly or higher.  It appears to be seen as equally influential with parents and a lot more so than community / peer group etc.  Does that surprise you?

But you might also believe in past lives, or karma – in something that indicates a life of you before you.  Many people do.  So that would be a trickle that comes in from before you were born and adds in to the mix.  If you imagine that the clear water is full of hidden colours, the flows and eddies would be a tapestry of strands that are currently unseen by you.  The stream of you is a complex mix of these colours.

You might then picture your stream as running close by that of your partner, your children or other family and friends.  Your individual streams might connect and separate around rocks. Together you might make a bigger stream, flowing into larger accumulations, small rivers, combining into larger and larger ones that are eventually tributaries of the biggest river of all.  But as you see this image; be aware that you are not lost in the whole.  Your little stream continues to be present in the flow, whether you can see it or not.  After all, you haven’t ceased to exist, even when you know, or have experienced the sense of being one with the All.  Even then in the most transcendent experience you could ever have had, you came back to you, or you would not be reading this!

Now I ask that you add in one more aspect to this image.   You are after all, changing instant by instant.  You are generating new thoughts and taking new actions.  You are hearing the thoughts of others and being affected by their choices of what they will do.  Think of every one of these tiny influences as a raindrop, falling on the stream or on the river.  You are a raindrop on my river and I am a raindrop on yours.  The choices that we make and the actions that we instigate can be as light as mist or as heavy as a thunderstorm.  Nothing is ever lost, and nothing is totally insignificant.

Whatever made you, you, and whatever makes me, me, it all matters.  Much of what forms our stream has been unknown even to us, though we can find out more about ourselves when we choose.  And nearly all of what makes your stream what it is will forever be unknown to my conscious mind.  I might have intuitions about some of it, but we are largely mysterious to one another – even those we have lived with for a long time. I recognise this with my own children.  Occasionally I imagine I could be more help if more were visible, but in fact I am glad not to know too much, that they have their own journey and that we are all largely responsible for our own destinies.

We all matter.  I believe that we all matter more than we ever imagine, and more than we allow ourselves to recognise.  Our choices matter because every little raindrop becomes part of the flow and every little shower becomes a part of the stream of existence.  And some time, who knows, whenever, what you think and do today may run alongside a flow in who I am.  I find that rather exciting.  Who can we be, and who can we add to each other in becoming?

Stay connected with our Product